July 4th festivities bit into our blogging time, so we’re keeping it short this week…

One of the great sporting events on the planet, Le Tour de France, is currently rolling along. While allegations of cheating in recent years have tarnished the sport for some, it remains the world’s preeminent cycling race and home to some of the sport’s greatest dramas.  It also got us thinking of the the closest we’ll get to participating, which is riding our bicycle to a picnic.  And with July as National Picnic Month, what better way to celebrate than follow the old Yogi Bear maxim of grabbing your picnic basket and eating outside.

Taking a leisurely ride along Spruce St. (hello, bike lanes!)... crossing over to the Parkway for the scenic roll to Kelly Drive… picking a tree to plant yourself at while the local crew teams glide by on the Schuylkill. It’s all so…relaxing. 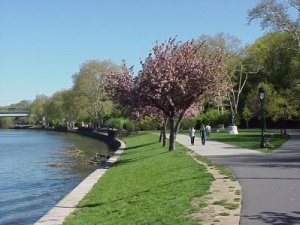 The most important part of the perfect picnic is preparation. First, say the previous sentence 5 times, fast. Next, you’ll need to assemble your menu and prep, with the idea being that you can pick up your meal and ride, with little to no work once you arrive.

As with any meal, utilizing fresh, in-season ingredients is what vaults any dish from merely pedestrian to picnic worthy.  We found a great example from Chef James at DiBruno Brothers, where he put together a bright Chick Pea and Olive Salad with Goat Cheese.

Your prep with this, as with many salads, consists of chopping/mincing/slicing/tossing. While a quality chef knife can handle most of the work, you can use a slicer or mandolin if you’re expecting a crowd, or feeling particularly lazy. A good in between? The Kyocera Ceramic Slicer, which slices crazy thin, and offers no upkeep, if you’ll remember from our earlier post about ceramic cutlery. We tried this recipe with a simple store-bought fresh goat cheese, but the Bucheron mentioned in the recipe would definitely add a deeper, goatier flavor.

If you’re thinking of a crisp white wine to serve alongside your salad, keeping it chilly during a sweltering summer day can be tricky. We’ve started carrying some cutesy wine totes recently, but really like old stand-by’s like the Epivac Wine Chiller. It’s a plain bag that is stored in the freezer until needed. It surrounds your bottle in an icy cocoon, and serves as a bit of protection for the ride, as well. 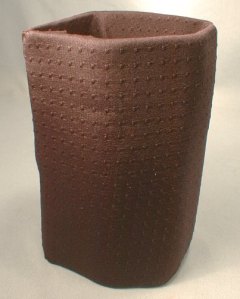 Picnic spots are nearly as tough as the menu. Since we’re from Philly, we couldn’t help but show some love for Kelly Drive. What better way to get there than down our own Benjamin Franklin Parkway, which was designed after the Champs-Elysees in Paris, also known as the finish line for the Tour since 1975.

There are plenty of other, non-traditional picnic recipes and ideas, too. With our upcoming feature on home canning, you can play around with jams, jellies and spreads to bring along. Simply grab a fresh baguette on the way, and set out your spread. You can check out the lovely Marisa McClellan’s Food in Jars blog for more information on canning, and tune in next week when we post our Q&A with her, and attempt to glean some good canning karma. See you then!