Saluting Harry the K, Tailgating, and Our Favorite Burger 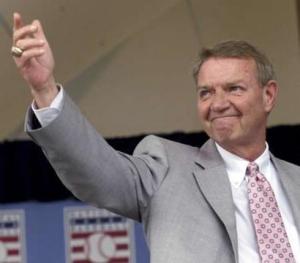 Photo courtesy of The Bleacher Report

With the Fightin’ Phils firmly cemented as one of the top teams in baseball, we thought we would take a minute to recognize the upcoming unveiling of the Harry Kalas Memorial statue at Citizens Bank Park. Prior to this Sunday’s Nationals game, the Phillies will remove the curtain and debut the monument to their beloved play-by-play man, who died early in the 2009 season. (For information on the statue itself, including the campaign behind it, click here.)

For so many Philadelphia-area baseball fans, Harry’s rich baritone was not just the voice of Phillies baseball, but the official voice of summer. Harry was there for Schmidt’s 500th, Thome’s 400th and Carlton’s 300th. He was there when the Phillies brought the World Series parade back down Broad Street, too. Hearing his voice calling games signaled so many things for so many people. For us, growing up, hearing Harry also meant the end of the school cafeteria food, and the beginning of summer tailgating eats like hot dogs and hamburgers. Ohhh the hamburgers!